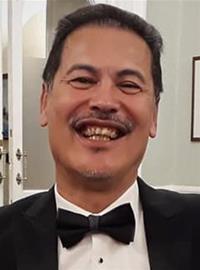 Other councillors representing this Ward:

More information about this councillor

Please phone for an appointment.

Appointments to outside bodies

Councillor Rob Wood was previously the Lord Mayor of Portsmouth for 2020/2021 municipal year.

Rob Wood was previously the Cabinet Member for Children and Families and as a strong family-oriented person, knew the importance of keeping our young people safe and wanted to ensure they have the best possible opportunity to develop to their full adult potential.

A Portsmouth City Councillor since 2010 and Liberal Democrat Spokesperson for Children and/or Education since 2011, he was Cabinet Member for Children and Education from 2011 to 2014 and Chair of Governance and Audit in 2010. He has a vested interest in improving education outcomes as both grandchildren (and children) attended local authority schools. He has contributed to the LGiU paper on the "Middle-Tier" role in delivering Education and the local authority's role within this and has chaired and spoken at several national seminars on the subject of Education.

He is a Trustee with several Trusts and a long-standing committee member of Friends of Old Portsmouth Association. He is also a Governor at Charter and at ARK Portsmouth primaries.

Born in Hong Kong, Rob and wife Debbie have lived in Portsmouth since 1979 at Eastney, North End and Old Portsmouth bringing up their three, now grown-up, children. After managing a retail outlet in Commercial Road, they went on to open their own retail business outlets in the Portsmouth area before Rob moved into IT in the late eighties and Debbie into local government.

Prior to becoming a councillor, he spent many years in senior positions within the IT software industry as a Director and Principal Technologist with a "Cloud Computing" company. He currently contracts and consults as a CTO in this area.